If you have any questions you are very welcome to contact me at your earliest convenience for a no obligation chat.

Meantime I've added a series of FAQs based on common questions I'm asked.

Your Professional Hypnotherapist & NLP Trainer Benefits from over 20 Years Experience!

YES.  Hypnosis is a natural state that you enter naturally every single day.  It is the same state you experience when you drift into a 'trance'.  Many people who drive a familiar route, will sometimes realise they were driving without 'thinking'.

Can Anyone Be Hypnotised?

YES.  Anyone who has the will to be hypnotised can and will be.  Going into trance is a choice we make and as a Hypnotherapist it is my role to be your guide, using my professional training and experience to enable you to relax your conscious critical mind, so that changes can be made directly to the unconscious.

Will I Remember Everything When I'm Hypnotised?

YES & NO.  You won't necessarily 'forget' the work you do in your unconscious mind but you will likely only focus on the positive elements once any negatives have been 'edited' or emotions released.

What Is The Difference Between The Conscious & Unconscious Mind?

Conscious Mind. The conscious mind is our critical thinker.  It is the part of our mind that is active when are considering choices to make, formulating ideas and planning.  Our prefrontal lobes are most active when we are using our conscious mind.  This is the activity associated with Beta brain waves.

Unconscious Mind.  When we are referring to the unconscious mind, we are really talking about a few things.  Our body is governed by our unconscious mind as it takes control of every system ensuring you breath, your heart rate and blood pressure are maintained, healing takes place, food is digested and so on.  It is also where memories and experiences are stored.  This is the activity associated with Theta brain waves.

What Is NLP & How Will This Feature In My Sessions?

YES.  As a very experienced NLP Trainer, NLP forms part of every enquiry and every meeting we have, even if Hypnotherapy or another technique is our main focus.  NLP is more than just a set of techniques, in my mind I'm using my knowledge and experiences to understand the nature of the problem and the best solutions to present.  People share a lot more about the way they 'think' and what their unconscious beliefs are, just by speaking in conversation.

Equally, well trained practitioners are actively using language and influence to assist clients with changework, even whilst appearing to be 'just talking'.

How Will I know Which Technique / Therapy To Choose?

That's my job.  My 20+ years of experience enable me to assess based on our first conversations and meeting, which techniques will serve you best.  You can of course have a preference as some clients do, but overall I'll be guiding and advising on which direction the sessions will take.

What Is The Pricing For Hypnotherapy London?

I have developed a pricing scale.  My clients benefit today from the sliding scale of prices that reflect the number and length of sessions booked and the method for payment.  For example session rates start at only £160 for single standard session and are dependent on your needs and goals.  Once we've talked I'll send you the full outline so you can peruse the programs and available discounts I offer at your leisure.

How Many Hypnotherapy Sessions Will I Need?

Other times people are looking for ongoing coaching and/or  therapeutic intervention that will require more sessions.

A simple trauma, has bad as it can be for the individual, can often be collapsed in one session.

What If I Don't Really Want The Change?

Que? This question really only arises when someone has an addiction eg smoking.  They have a desire for the life they know they could be living without the addiction but anxiety that they will be able to succeed and maintain the changes.

If you don't 'want' to stop smoking, we can book a session to evaluate and assess why you are resisting and work with that resistance BEFORE we enter into any changework program.

It is important to note, hypnosis is powerful, NLP is powerful, EMDR has helped people eliminate deep trauma in a matter of sessions but none of the aforementioned can 'make' you do something your unconscious mind disagrees with.  We can talk about that when you get in touch.

How Do Hypnotherapists Work?

An experienced clinical hypnotherapist, like me, will work with you using Hypnosis when it's the right method to help you change or adopt healthier behaviours (mind and body).

Hypnotherapy enables us to bypass the distractions and get directly to the roots.

What Is A Clinical Hypnotherapist?

A Clinical Hypnotherapist is one that has been trained professionally in therapeutic methods of using Hypnosis to help clients make the changes they desire.   Your therapist will have certifications to prove they have clinical training.

The term was adopted when Psychotherapists (like myself), Psychologists and Psychiatrists began adding this to their tool kit.  If a Hypnotherapist does not have 'clinical hypnotherapy' training, they may not be advanced enough to deal with every potential problem, trauma or issue that arises.

How Does EMDR Work?

Eye Movement Desensitisation Reprocessing EMDR works by enabling the memory to release from the Amygdala and process through to the normal memory centres of the brain, thereby losing it's powerful traumatic energy.

Some experts perceive that EMDR allows for Delta brain waves to generate a state of calmness in the body/mind and therefore the alert state is resolved.

It is a relatively simple technique for a well practised and experienced therapist to use with clients.  It involves activation of the memory through enquiry, followed by eye movements and continued testing for emotional response throughout the session.

Compared to traditional techniques for dealing with traumatic memory, it is much less painful and in my experience, the results are far more rapid.

Previously patients were forced by therapist and Psychiatrists to relive their trauma in full, over and over again in the hope they would eventually become 'desensitised'.  This is unfortunately often the opposite case.

EMDR dissolved that practice and is considered by the WHO and military (even the NHS!) as the preferred treatment for PTSD.

How Do I Book My Hypnotherapy or NLP Sessions in London?

Booking is easy.  You can use any of the contact forms on this website to get in touch.  Alternatively you can call.  Initially you can ask me anything and we'll go from there with booking your consultation (free) which you can attach to your first session or schedule for an online face to face meeting.

Do You Offer A Free Consultation For Hypnotherapy in London?

YES.  The free consultation is a 20 minute time slot where I assess your concerns and develop a program for you.  Many clients prefer after our initial enquiry conversation (call/email) to add their free time to their first paid session increasing it to 80 minutes.

What If I Need To Cancel My Session?

What Do I Need To Do To Prepare For My Hypnotherapy & NLP Sessions?

Just Yourself. There is nothing you need to do as such as I'll send you the consultation form to complete before our first meeting.  Depending on the program you choose, there may be a Coaching assessment to complete.

You can also get access to a free deep sleep hypnosis recording with my compliments when you sign up for the newsletter using the forms on this website.  If you wish, you can begin to listen to that each night before we meet as the calming voice will help you to become familiar with me

Can I Bring Someone With Me?

Yes. There is no problem with you bringing a friend or family member to your sessions.  They can come in and attend until you feel comfortable.

If you wish for them to remain during the session, that is also fine with me, we just ask for quiet uninterrupted time together.

Can I Go On Holiday During Our Sessions?

Yes.  There is no reason for you to delay your usual activities.  Even if the work you want to do relates to a trauma or childhood issues, we will be mindful of your upcoming trip and ensure we open and close any memories appropriately.

I often teach state management techniques to maintain calmness between sessions and believe this to be an invaluable 'life skill'.

Can We Have Some Sessions Online?

I have worked with clients online for many years now.

Entrepreneurs and business travellers benefit from my Online Sessions where we can meet face to face using conferencing software.  I have a number of international clients who meet for their sessions this way.

You can choose an online session if getting to the London practice for any reason is difficult.

When you sign up for my regular newsletter, you will also receive a complimentary Deep Sleep Hypnosis, recording in the first email. This is in addition to the Hypnosis or Meditation recording that you will choose when you are ready to schedule your sessions. The program recording is designed to compliment & add to your 1:1 sessions.

You Can Get In Touch With Your Questions Today!

I am happy to answer any questions you have via email or a brief call before we schedule your free consultation.

Remember, you can add that element to your first paid session to increase the time we spend together.

Call Now - Ask Me Anything!

Gareth was determined to complete the Marathon in aid of Mental Health charities.  An injury nearly stopped him.  After checking there was no risk to his knee, we had just one session to set up the programming for controlling pain and inducing rapid healing ...

"The doctor said I needed six weeks off my feet to recover.  The pain was constant but my goal of running the marathon lead to me Leah.  One session embedded the pain control in my mind & I ran my best time!"

*At Enhanced Life Practice, we adhere to strict protocols and ethics.  In accordance with our value system we ask our new clients to note that outcomes of sessions cannot be guaranteed for everyone. Results are likely to vary as no two people's lives, beliefs and unconscious responses are the same.

Work With Me Online 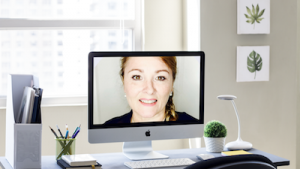 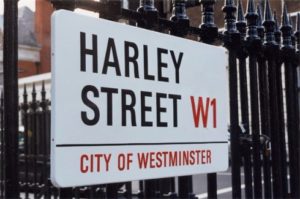 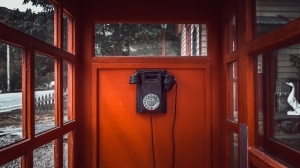 “Leah is a wizard! She is the key to Freedom on all levels from things that stand in people’s way!” 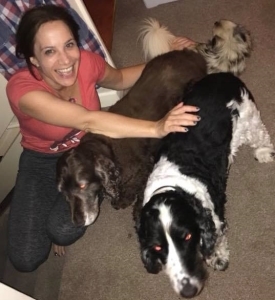 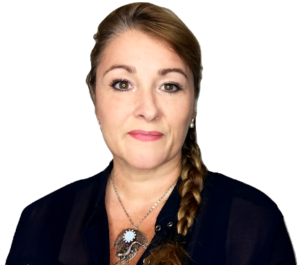 Leah has 20+ years experience as an Advanced Hypnotherapist & NLP Trainer. Clients include Celebrities, Entrepreneurs & Sports Personalities. As a busy Therapist she works with clients in London, Essex & Online.

Fill In Your Details

I'll respond as soon as possible in person.  Currently all client sessions are hosted Online.  Check Yes for the meditation(s) ~ I'll send the access links right away!